Susan Manion will be singing on The Grand Ole Opry

Susan Manion will be singing on The Grand Ole Opry in a Star Stunted Event to highlight Dr. Ralph Stanley’s Career such stars will be preforming Dirks Bentley, Josh Turner, and many, many more…It will be televised nationwide… I also just finished recording with John Berry who is a Grammy award winner… I hosted and presented on The International Country Gospel Music Awards… What an honor.. I will have Behind the scenes videos for The International Country Gospel Music Awards, The Grand Ole Opry and making the CD with John Berry… 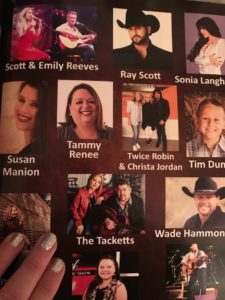 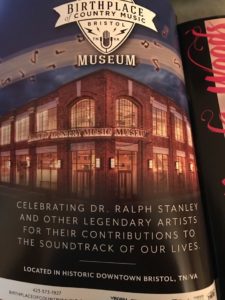 Also joining the group song will be
Bob Terpstra, Joe Loftus, Night Owl Country Band, Susan Manion,Trinity
Wennerstrom, Tammy Renee, Dawn Rix , Timothy Duncan, Taylon Hope and others
We also have a room block for an unbelieveable discount for Oct. 18th and 19th.at the. World famous fabulous Gaylord Opryland Hotel .
We have a Room code you can call me at 615-491-2074 or e mail me at
Info@stanleymusicgroup.com or also text me at the above number. I will help you with your reservation or I can give you the code. Rooms normally $349 per night going for $209 If you’ve never stayed at the Opryland hotel you don’t know What you’re missing. They have everything you need under one roof. This includes all the amenities with the hotel.

We will also have a Red Carpet at 5 pm on the 19th. For media credentials
E-mail press@stanleymusicgroup.com

God Bless you all. Come be with us
Everyone welcome.

This year has been a whirlwind….I am excited to say that I will be doing a duet with Jason Crabb. Jason is a worldwide famous Gospel, Bluegrass,Country and pop phenomenon… Jason is a Grammy Award winner and has 9 GMA Dove Awards.He has been nominated for many other awards..What an honor! I also will be working with another famous and well known artist John Berry. John had a Grammy nomination for ”Your Love Amazes Me”. He won Top Male Vocalist nomination, Country Music Association. He is an honorary Inductee for The M.M.A.I. for being such a good role model…I will be going to Texas to be on The Texas Grand Ole Opry. I hope to be on The International Country Gospel Music Awards and The Inspirational Country Music Awards again this year…They are televised nationwide…I am doing my behind the scenes video at The Inspirational Country Music Awards…So check it out… I will be putting up my “Rejoice” Show on TCT television network where I had an interview and performed. They like me so much they asked me back to do a Christmas Show. What an honor to be on TCT television network.

Susan was asked to be a special guest on the “rejoice” program on TCT Network on TV to talk about her music and life. She also had the honor to be a presenter and host on The International Country Gospel Music Awards last summer. The show was televised in West Plains Missouri. She also had the honor of presenting on The Inspirational Country Music Awards that will be televised nationwide in January, February and March of 2016. She was just picked to do both of the shows again this year. Susan will be making “Behind The Scenes At The Inspirational Country Music Awards.” So check it out!!! She was asked to be on The Treva and Kevin TV talk Show and also on The Talk of the Town they were both on TV nationwide she also was again on The Tall-timber Radio Medicine Show. This year Susan will be recording her second C.D. at Cash Cabin Studio in Nashville Tennessee only a selected few are to record at Johnny Cash’s Cabin. What an honor!!! Check out Susan’s lasted videos…

Behind the scenes at the International Country Gospel Music Awards with Susan Manion and Celebrities….

More behind the scenes at the Inspirational Country Music Awards with Susan Manion and Celebrities…. The ICMs are televised Nationwide….

Behind The Scenes At The Inspirational Country Music Awards Video

Susan Manion was a presenter at the 18th annual Inspirational Country Music Awards held at The Schermerhorn Symphony Center in Nashville, TN.

No Such Thing as a Lucky Break

Latest Concerts and TV Updates for 2012

Susan Manion Presents at the ICMA

THE PICTURE POST: Update: Lasted in the world of music.

The Picture Post Newspaper – The World of Music: Manion Expands Her Horizons

Updates For The Concerts and TV for 2010 – Susan Manion makes the top 15 Christian Country Radio nationwide. I’m being played at 1,000 radio stations across the US

She’s No One Note: OP’s Manion a Singer, Actor, Entrepreneur