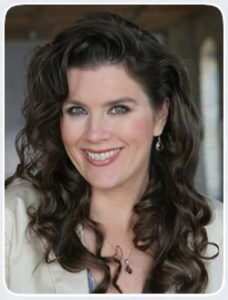 The following article is being reproduced with permission from the Waupaca Picture Post.

Susan Manion may be a resident of northern Illinois, but she’s really a Wisconsinite at heart. She’s such an avid Green Bay Packer fan that she’s often harassed by many of those unenlightened Illinois folks who still root for the Chicago Bears. Manion also has strong lifelong ties to Waupaca and the Chain O’Lakes. Her parents, Aggie and Mike Manion, began renting cottages at Camp Cleghorn when she was an infant. “When I turned 11 or 12, we bought a place up here, and we’ve been coming up here ever since,” she affirmed.

“I used to spend the whole summer up here and enjoyed arts and crafts, church projects and family get-togethers,” she recalled. Camp Cleghorn was really a fun place to be.

A big part of Manion’s childhood summers were spent babysitting for about two-dozen younger kids at Camp Cleghorn. “Some of them would follow me around like I was the Pied Piper,” she smiled. But there was also time to enjoy the great water sports – like sking and swimming – that the lakes are famous for.

Even with the demands of her singing career and the two businesses she owns, Manion still tries to spend a couple of weeks on the lakes every summer.

Many of the changes that have taken place elsewhere on the lakes also have occurred at Camp Cleghorn. “There aren’t many renters these days at Camp Cleghorn, the historic dormitories that held a lot of different events aren’t at the camp anymore, and the little store is also gone,” she noted.

These days Manion spends the bulk of her time in Orland Park, IL. where she oversees the operation of two businesses she founded 10 years ago. Currently, she is also pursuing an increasingly busy singing career. She has been a model, swimming instructor and lifeguard, and has taught handicapped children how to swim. “I like to write, act, dance, run, lift weights, swim, bike, hike, play basketball and roller blade” Manion said. “I have the gift of gab and have counseled people from A to Z.

She currently owns a commercial janitorial cleaning company whose customers include funeral homes, food stores, movie theaters, park district buildings and libraries. Her other business is an investment company that buys and sells real estate.

She majored in pshchology but knew she wanted to be an investor, which led her to form the investment company. “I wanted to receive additional cash flow, and when a friend needed a funeral home cleaned, I decided to hire people to work for me to clean different businesses,” she explained. Word spread quickly and soon her company was cleaning funeral homes  other businesses throughout Chicago and in part of Indiana. Currently, her company employs crews in Illinois and Indiana.

Manion says she got her business acumen from her father, an accountant who worked as a controller for a manufacturing corporation. “He’s now retired and helping with my businesses,” she said.

With the help of her father and other managers, Manion is able to devote more time to the show business side of her multifaceted career.

It was during her summers at Camp Cleghorn that Manion, as a shy youth, discovered and developed her musical abilities. “There were a lot of talent shows here, and I started singing in them,” she recalled. “Rev. Saunders also encouraged me to sing as part of the church services at the camp.” When I got back home, I sang in talent shows there as well.” Manion then sang at weddings, memorial services and numerous other events. She also studied music under Sandra Jozef for two years.

Manion enjoys singing a variety of music, including gospel, opera, pop and blues. Recently she accomplished one of her goals, which was to record a music CD. The CD was recorded with band members from Hootie and the Blow Fish and The Blues Travelers at Sound Knowledge Studios in Minneapolis.

Her CD features three songs: “All You Wanted,” written by Michelle Branch; “There Is Peace,” written by Michael Olson & Stacy Hanson; and “Return To Me” written by Melody Olson. It is currently selling in boutiques and stores and can be ordered form her web site: susanmanion. com. Selections from the CD also can be heard on her web site.

Manion is represented by DeSanti Talents in Chicago, which specializes in modeling, acting and singing, and Frain, which specializes in high-fashion models. “I am also managed by Moonstar Management, which is involved in my film, TV, commercials, modeling, music and SLR Records/ Sony,” she noted. She has traveled to Nashville and Los Angeles to sing in showcases for the Disney Company and Sony. “These showcases are arranged by talent agencies to give their clients an oppertunity to perform for representatives of large recording companies, who critique the performance and possibly offer them a contract,” she explained.

Manion is planning to record again within the next six months to a year, and will continue to give live performances. Possibly we might be able to see and hear her next summer or elsewhere in central Wisconsin.