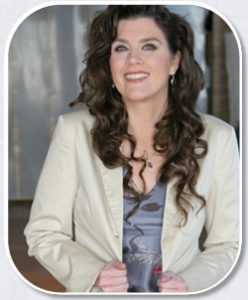 Music has always been a part of Orland Park native Susan Manion’s life, but it certainly has never been the only part. As she celebrates and promotes the release of her first CD, Manion also juggles operating two businesses, kick-starting her acting career, and planning the release of a second CD.

Manion began signing at talent shows when she was about eight years old, and said that the response people had to her voice encouraged her to take it a step further. Her career progressed to getting paid to sing at weddings and church services, and eventually the release of her first CD.

“I always wanted to make a CD, and I tried out for several different label companies,” Manion said. Sound Knowledge Studios in Minneapolis, MN., where she hooked up with the band members of Hootie And The Blow Fish and The Blues Travelers was the first to respond. “It was phenomenal,” she said. “They sang and played instruments for me, and I can’t even tell you how good they were.”

Manion was so impressed by their talent that she found it a little intimidating to get up and record her CD in front of them. The CD contains three songs: “All you Wanted” by Michelle Branch, “There is Peace” by Michael Olson and Stacy Hanson, and “Return to Me” by Melody Olson.

Manion can write her own songs, but that she’s mostly into the performance side of music. “I can write, but it’s different than what most people think in this business,” she said. “The writers write and the singers sing.”

Manion said Sound Knowledge asked her to make another CD with them, but she recently took a trip to Nashville, TN., and has been exploring options with other labels. She is now working with Higgins Music Group (HMG) out of Nashville, and plans to participate in a Josh Turner compilation CD. The CD will be circulated to 1,000 radio stations, and Manion is hoping that her affiliation with HMG and Sound Knowledge will give her a shoo-in for her future in the music world. She will be featured in Power Source Magazine that featues artists like Faith Hill, Tim McGraw, Reba, Dolly Parton, Loretta Lynn and others in February.

While she classifies her earlier work as an all-encompassing genre, centered around gospel, opera, pop and blues, her direction has been toward country music. “All my work is all different kinds of music, because I can do all of it,” she said. “But getting more country is going to be an experience.”

Between appearances on stage and making her CD, Manion owns and operates two businesses in Orland Park. Her businesses consist of a investment company and janitorial cleaning company, whose customers are funeral homes, food stores, park district buildings, libraries and others. She also models, acts and has time for her favorite recreational activities: writing, dancing, running, swimming and roller blading – just to name a few.

“I’ve actually been doing this (music) all my life, but on the other hand, I own two businesses”, she said. “That keeps me very busy.”

Other avenues she’s explored throughout her life are lifeguarding and teaching handicapped children how to swim.

“I’ve been blessed with two wonderful businesses and a cool singing career,” she said. “I worked really hard, though. I went to college and majored in psychology and then did something completely different. I’ve done so much, and worked so hard to get it.”

Manion’s CD is sold in boutiques and select stores, and can also be ordered at her web site www.susanmanion.com. Selections from the CD can also be heard on the web site.