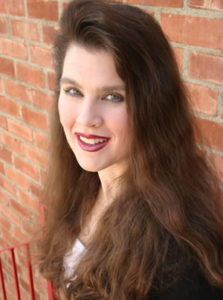 Special To The Tribune.
By Joe Ruzich

Orland Park singer Susan Manion – is a local celebrity in the southwest suburb – She will be heading to Nashville in September, gearing up to record three new songs for her second album.

In 2006, Manion made her first album with some band members of Hootie and the Blowfish and Blues Travelers, songs that later made it to the top 20 on the Southern Gospel charts and the top 15 Christian country charts.

This time she will be recording with Csaba Petocz, a world famous producer, who has been associated with famous artists such as Taylor Swift to Elton John.

“It’s exciting to be working on more songs, said Manion. It’s great to be down in Nashville and to meet and work with amazing artists.”

Manion said the entire recording process, including writing the songs with other musicians,it will take about a year to complete. She will drive back and forth from Orland Park to Nashville during this time.

Manion said she has been singing since she was two years old and was inspired to be in the arts by her parents and family members. She is also a model, actress and business owner among other things. She recently appeared on World Idol, a spinÂ­off of American Idol. She presented Ricky Skaggs an award for musician of the year at the Inspirational Country Music Awards that was televised nationwide.

Manion’s voice is unique, and her ability to reach high notes allows her to sing opera, pop, country, contemporary and gospel. She first began singing strictly gospel songs at her church, she said. Manion, who has grown up in the south suburbs, said her favorite place for the music scene is Nashville, but does remember going to shows in the Chicago area.

One moment that inspired her to become a singer was when she watched a performance of the musical “Annie” as a child. “I memorized all the songs,” said Manion. “My mom – a teacher – would make me sing for the kids at school. They (the kids) gave me the nickname “Annie.” I kept singing from that day on.

Special to the Tribune