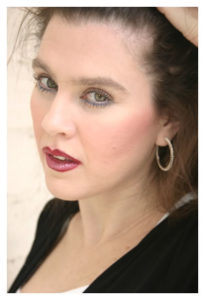 The following article is being reproduced with permission from Hoopla.
By Kris Rued-Clark

“Don’t give up your day job.” Those are the most important words of wisdom Susan Manion would share with anyone hoping to make it in the music business. Growing up, Susan and her family split their time between Orland Park, about 25 miles from Chicago, and summers on Waupaca’s Chain O’Lakes. Now she splits her time between her home and two businesses in Orland Park, and developing her singing career in Nashville, where she is carefully building upon her previous success.

At home, Susan owns an investment company and a janitorial business that services everything from funeral parlors to home improvement stores. “My main business is the janitorial,” she says. “That employees quite a few people. We scrub, burnish, strip and wax.” She credits her parents with passing their work ethic on to her. “I’m very driven,” she says.

Now she is burnishing a singing career that is already shining. “I feel very blessed to be where I am now ,” Susan says. Soon she will begin work on a CD with a producer/engineer in Nashville. Susan likens building a successful singing career to building a successful business. “There is no such thing as a lucky break. It’s not just meeting the right people. You have to work your way all the way there. Many times she has had to make sacrifices. “I’ve had to pass up a lot of family events.”

Although she describes her current focus as “upbeat pop and a little bit of country,” Susan’s first love is gospel. She fondly remembers summers at Camp Cleghorn. “It’s a little community. I started singing in the church at Camp Cleghorn When I was quite young, and Reverend Saunders was there.”

As her vocal range developed, Susan sang in a choir. “Someone heard me sing and asked me to sing at a wedding,” she recalls. Then came requests for memorial services, followed by competing in talent shows. Out of 10,000 people, she was picked to be in the top 50 for “Looks Like We Made It.”

After making a CD in Orland Park, she tried out for an opportunity with a recording company, Sound Knowledge Studio in Minneapolis. At the time she did not realize she would be working with the band members of Hootie & The Blowfish and The Blues Travelers. Susan recalls,” I couldn”t believe they accepted me to make a CD with them.”

She then took the CD to Nashville. “People said, Don’t do it. It’s too hard.’ Well I own two businesses, I know what hard is.” Knocking on doors, meeting people, booking singing engagements, Susan made it to the Top 15 nation wide on the Southern Gospel Charts and Top 10 nation wide on the Christian Country Charts. After that she was asked to sing at BB King’s Club and now makes regular singing appearances in Nashville.

Last year Susan was a presenter for the Inspirational Country Music Awards show that was on TV and presented Ricky Skaggs the award for Musician of the Year.

“I love singing anywhere I can,” says Susan. She admits that she prefers the energy of a live performance to studio work, which may require several attempts before everyone is satisfied with the results. Still, she is eagerly anticipating work on a new CD later this fall or early next year. “Finding the right producer/engineer who knows your voice and can work with you and collaborate with you is key” she says.

Crediting the Internet with her latest success, Susan notes, “It’s amazing to me that someone in Ethiopia or Ireland wants to hear me sing. Having a website is essential to getting your name out. That’s what a producer looks for-how many hits you are getting. The more interest people have in your music, the more a producer will want to develop you.”

Even though she has met many of today’s brightest stars in the country music constellation, Susan says, “I’m not star-struck. I have so much respect for them because I know how hard they work. They approach it like any 9 to 5 job. That’s why they are successful.”

As Susan will tell you, talent may be a factor, but drive determines the outcome. “You make your own breaks. As you do the work, doors will open.” Still she admits to feeling as though she has won the lotto. “I’m very blessed. I’m glad people like my music. Every time I get asked to do something, I’m grateful. It’s such a thrill to sing in front of an audience and know they’re cheering and jumping for me.”

It’s no coincidence that Susan describes the many successful performers she has met as down to earth. Even as her singing career is poised to soar to new heights, her feet remain planted firmly on the ground.

The following article is being reproduced with permission from Hoopla.
By Kris Rued-Clark